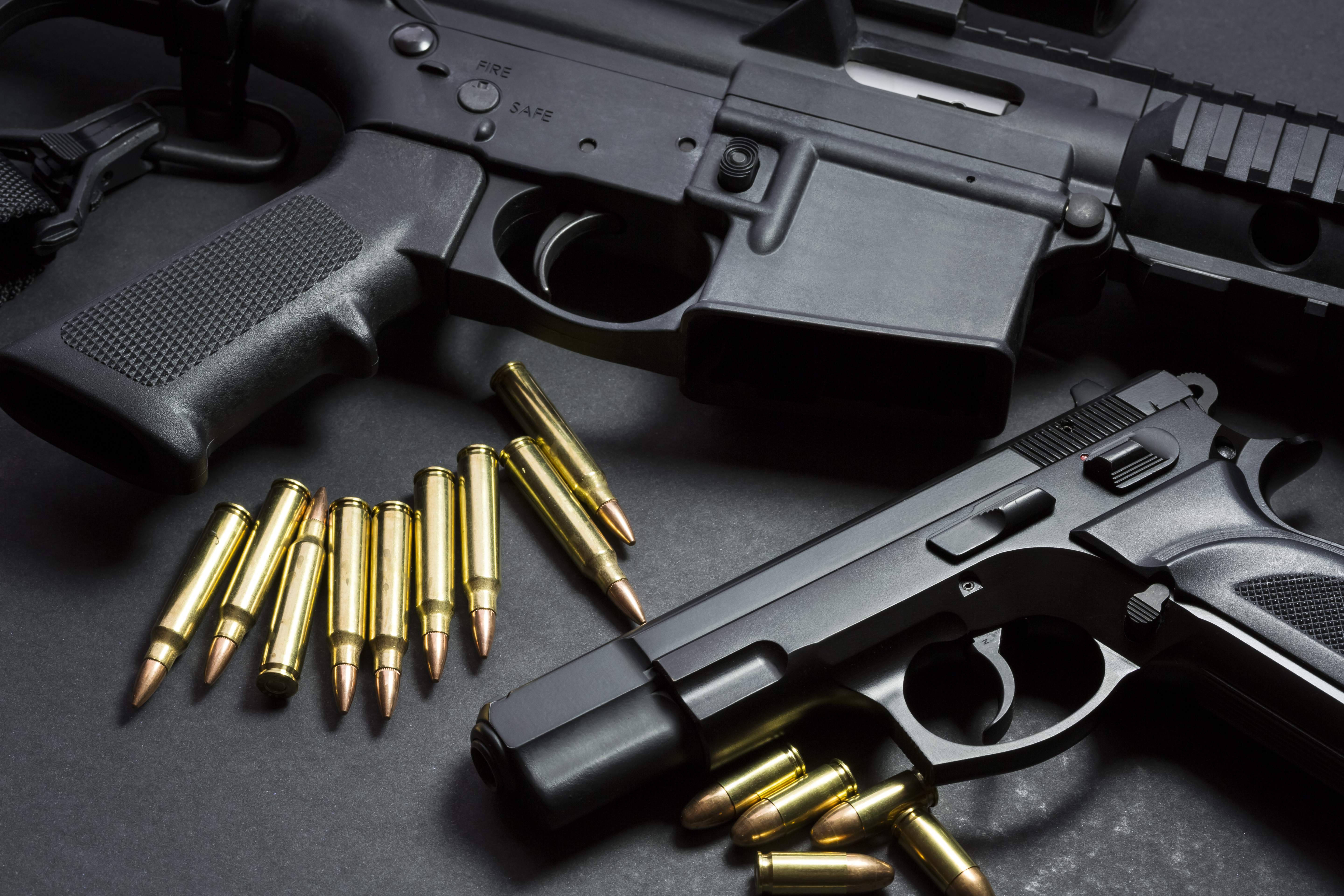 The firearms industry is riddled with controversy and misunderstanding. But one thing that’s certain is that some of the best gun brands were born in America.

There are a lot of gun brands on the market, many headquartered in the United States. Some of those brands have a rich history woven into the very fabric of America. Here are the top 5 famous gun brands with American origins that are over 100 years old!

Founded by Horace Smith and Daniel Wesson, Smith & Wesson is one of the most recognizable names in the gun industry as well as in pop culture. As one of the oldest and most famous gun brands in the world, Smith & Wesson boasts a line of products of the highest quality, durability, and exceptional performance.

Smith & Wesson manufactured the Model 1 revolver for both Union and Confederate soldiers during the American Civil War. Today, their product portfolio includes revolvers, rifles, and pistols. They also manufacture an array of restraints, including handcuffs, leg irons, prisoner transport chains, and belly chains.

Though Colt Defense was founded in 1855, their history goes back a little further. Colt’s legacy began with Samuel Colt’s patent for what was thought to be an impossible handgun—a handgun with a revolving cylinder with five or 6 bullets in 1836. Colt supplied small arms to the United States government during the Mexican - American War of 1847.

Ever the company of innovation, Colt was the original manufacturer of the M16 rifle. Today, its product portfolio includes the M203 Grenade Launcher, M4 Carbine family, C8 Carbines, M4 Commandos, and C7 Rifles.

Wealthy clothing manufacturer, Oliver Winchester invested in Horace Smith and Daniel Wesson’s Volcanic Repeating Arms company. After the company had little success, Winchester moved the company to New Haven, Connecticut without Smith or Wesson, purchasing the remaining assets from them.

John Browning was a prolific firearms inventor, having designed manufactured by popular brands of the time including Colt, Winchester, and Remington. John and his brother Matthew Browning originally started the Browning Arms Company to manufacture and market John’s non-military designs.

Today, the brand still has a diversified product portfolio of both sporting goods and firearms. Their product lineup includes BDA Handguns, Browning X-Bolt, Lightning, Browning B-92 Lever, and the Browning Muck Mark.

While there are more American gun brands on the market, these are the best gun brands with deep, American history. If you are in the market for any brand of gun or firearm, contact the gun specialists at Lakeshore for the best guns and firearms online.