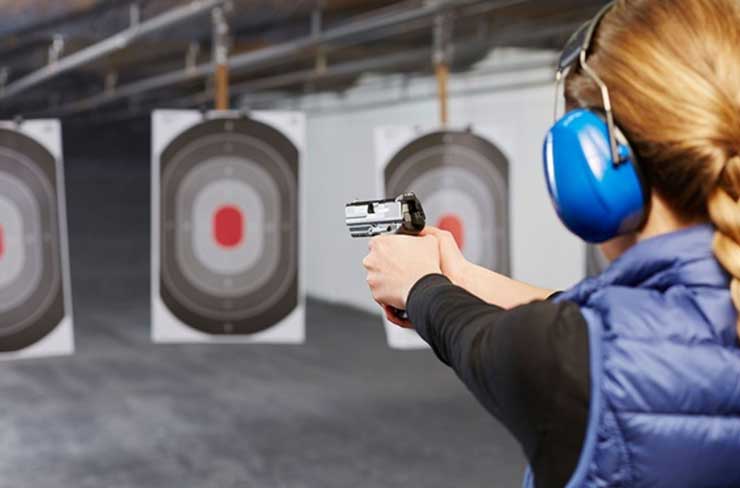 With so many options for CPL Classes out there, how do you know who to choose?

Carrying a firearm is a big decision and one that should not be taken lightly, the same goes for your training. We searched for an instructor who would provide our customers with the proper knowledge and training. We have partnered with Midwest Tactical Training for CPL (Concealed Pistol License) training. You will not find a better quality or a better value than Midwest Tactical Training.

A handgun is a short-barrelled firearm that can be held and used with one hand.The two most common handgun sub-types in use today are revolvers and semi-automatic pistols. In the days before mass production, handguns were often considered a badge of office, much the same as a sword. As they had limited utility and were more expensive than the long-guns of the era, handguns were carried only by the very few who could afford to purchase them. However, in 1836, Samuel Colt patented the Colt Paterson, the first practical mass-produced revolver. It was capable of firing 5 shots in rapid succession and very quickly became a popular defensive weapon, giving rise to the saying "God created men, but Colt made them equal."[2][3] Today, in most of the world, handguns are generally used primarily by police and military officers. However, in the United States and some other countries around the world, handguns are also widely available to civilians and commonly carried for self-defence..

Skip is the co-host of the #1 syndicated military talk show Frontlines of Freedom. Skip is also the Founder of The Second Amendment March. Skip lives in Michigan and is a veteran of the United States Marine Corps. He is also the creator and host of The Home Defense Show.

For a Calendar of Upcoming Classes Please Click The button beside.

For Questions About CPL Classes Please Use
The Following Form