A Brief History of Guns in the United States

A Brief History of Guns in the United States 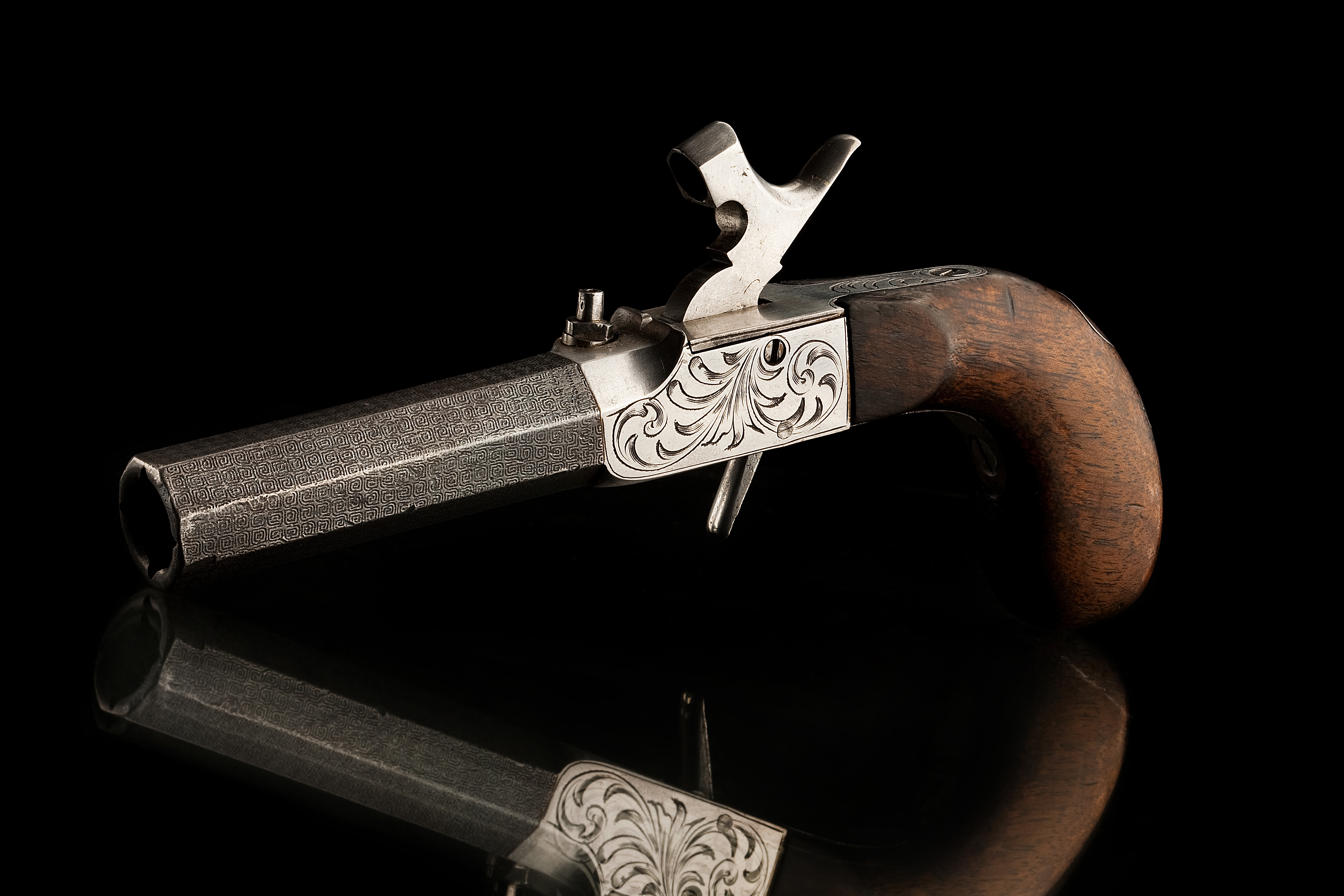 The only thing more American than apple pie and Thanksgiving is our rights as gun owners. America has a rich and varied history of guns that helped shape our culture.

When film and television portray the earliest settlers of the Americas, they usually portray Pilgrims and explorers bearing flared-muzzle flintlock blunderbusses. Historically, early settlers would have used the matchlocks and, perhaps, a wheel lock, as they were the earliest firearms in the Americas.

In fact, the only gun known to survive the voyage across the Atlantic Ocean on the Mayflower is the Mayflower Gun. Found tucked away in a small compartment of the home of  Mayflower voyager, John Alden was the “Italian-made wheel-lock carbine”. The50 caliber, single-shot musket was one of the “finest and most expensive” guns of that era.

Guns in the Colonial Era

By the time of the Colonial Era, gunsmiths were throughout the colonies, bringing with them their European gun-making design concepts. Guns were an essential tool for navigating the New World, wilderness, and putting food on the table. One of the most common guns during the colonial era was the American long rifle, also known as the Pennsylvania, the Kentucky, or the Ohio rifle.

The American long rifle is possibly a descendant of the German Jaeger, a European, flintlock type of hunting rifle. By American design, however, this rifle gradually evolved into a rifle with a longer barrel, having a wooden stock that extended the full length of the barrel.

The military required the use of smoothbore muskets, however. European armies would use the “classic British Brown Bess and French Charleville Musket” as they were sturdy, smoothbore designs more suited for the type of battle of that era.

French and Indian War, the Revolutionary War, and the War of 1812

Being a decent marksman was a part of the American way of life. And by this time, marksmen were using their “rifled, squirrel guns”, honing their marksmanship to hit targets at longer distances. After the Revolutionary War, the new countrymen worked to establish their own arsenal of mass producing their own military arms. In the early stages, the majority of mass-produced guns were smoothbore muskets.

Later, the United States government and some states worked with individual gunsmith firms to produce military arsenal. Remington, one of America’s leading gun manufacturers is America’s oldest, independent firearms maker, was founded during this era, in 1816 and began making barrels the U.S. in 1826. The famous Henry Deringer, now known as a small arms manufacturer infamous concealable handguns, also produced arms for the U.S. as early as 1810, producing flintlock rifles. Eli Whitney began making arms for the U.S. a decade prior.

America’s history with guns is more than just our cultural use, but also our firearms manufacturers. As one of  Michigan’s top gun dealers, selling guns and knowing the top gun manufacturers isn’t just our job; knowing guns our passion.